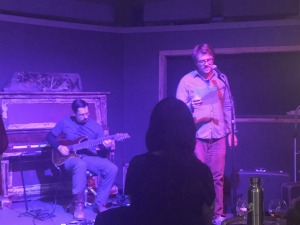 Any piece of writing is its own animal.

When I sit down to write, I write for everyone, knowing that not everyone will read or appreciate it.

Writing is recursive, as I keep coming back to it. It’s all in the p(re(writing)).

My work is infused with research, both internal and external, as well as the bones of my ancestors, poetical and blood.

I write from my corner, looking outward. 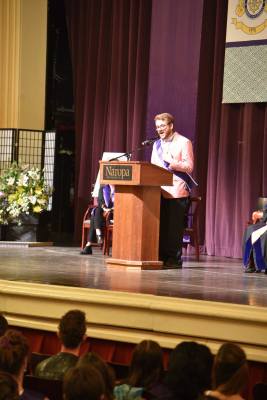 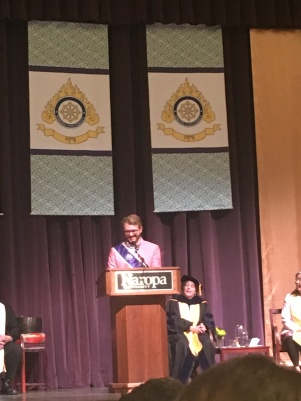 Robert Eric Shoemaker is a poet-playwright, translator, and theatre artist. Eric holds an MFA in Creative Writing & Poetics from the Jack Kerouac School at Naropa University and is a student in the PhD Humanities program at the University of Louisville. Eric’s work focuses on magical poetics, hybrid forms in creative writing, and gender and sexuality in literature.

Eric has published two books, We Knew No Mortality (2018) and 30 Days Dry (2015). An artist’s book of hybrid writing on Venice and climate change, Ca’Venezia, is on the way from Partial Press. Eric has published scholarly work in Signs and Society, Jacket2, and Gender Forum; translations in Asymptote; Exchanges; The Adirondack Review; and Columbia Journal; stage plays in Plath Profiles; poetry in Bombay Gin; The Gordian Review; Barely South Review; Verde Qué Te Quiero Verde; Kairos; and other journals; and essays in Mount Analogue; Roar; and other journals.

Eric’s translation of Federico García Lorca’s “Yerma” won the inaugural Orinda Award for Best New Translated Play from the Literary Managers and Dramaturgs of America. Eric is also the author of the duet musical “PLATH/HUGHES”, which was awarded the 2014 Olga and Paul Menn Foundation Prize for Best Play.

Eric is the Poetry Editor for the journal Plath Profiles, Artistic Director of Poetry Is Productions and Poetry Is: A Sound Experience, and serves as a member of the University of Chicago Arts Alumni Board, the Sarabande Books Young Professionals Board, and the Louisville Literary Arts Board. Follow his work at reshoemaker.com. 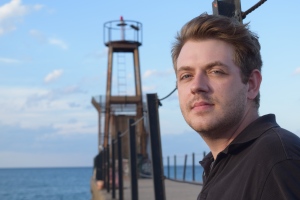 “Up next in our series of weekend plans from notable, in-the-know locals: poet and playwright Robert Eric Shoemaker” – Chicago Magazine Interview

“Shoes at the edge of the Burton-Judson basement black box theater stage, second-year Eric Shoemaker is intensely engaged in combat, punching, throwing, and flipping an invisible victim. After a few fight sequences are crafted, he walks over to the windowsill, grabs his bright orange notebook, and scribbles notes in an already full collection of reminders, ideas, and stage directions.” – University of Chicago Website’s “Uniquely Chicago” Feature

INFLUENCES and FAVORITES:
Edward Albee and “A Delicate Balance”,
E. E. Cummings and “The Enormous Room”,
Ted Hughes and “Birthday Letters”,
Federico García Lorca and “The Theory and Play of Duende”,
Jeffrey Eugenides and “Middlesex”,
Darren Aronofsky and “Requiem for a Dream”,
Anne Carson and “An Oresteia”,
Christian Bök and “Crystallography”,
Anne Waldman and “Gossamurmur”,
Terence Malick and “The Tree of Life”…